The historic Fort Atkinson Club restoration project was very special for Maas Brothers Construction and the Fort Atkinson community. Originally built as the clubhouse for a group of Fort Atkinson professional men, the building garnered praise from the local newspaper after its grand opening in 1913: “A crowning glory that will be in the memory of all club members ‘til earthly things pass from view.” The building served its club members and later, during the Great Depression, was sold to the Masons. In 2013, 100 years after its grand opening, Maas Brothers Construction was hired as the general contractor to bring this historic building back to life.

The project was a 12,500 sq. ft. renovation, including exterior and interior rehabilitation, site work and the addition of an elevator and emergency exit stairs. Because the Fort Atkinson Club is a historic building, the project focus was on historic preservation.

On the exterior, the old front steps were removed and rebuilt for safety and accessibility. The non-historic aluminum siding was removed, and the shake and stucco exterior was returned to a historically appropriate color palette. The foundation was sealed and insulated, and the original chimney repaired. Plentiful windows on the lower river level were uncovered to let light flood in. On the interior, the existing hardwood floors were restored and refinished. A barrel vault ceiling, exposed beams, cove lighting, wood-burning fireplace and dumbwaiter all speak to the building’s history. Even the vintage two-lane bowling alley overlooking the patio and Rock River was restored, with its chrome-wrapped pin setting machine (still operated by a pin boy/girl!) and gravity-fed bowling ball return.

With any renovation project that includes both historic preservation and the addition of new elements, it’s important to tie the new construction into the historic structure. This was a priority for Maas Brothers and the Fort Atkinson Club, and we think the results speak for themselves. In fact, on December 2, 2016, the Fort Atkinson Club was listed on the Wisconsin State Register of Historic Places.

Maas Brothers Construction is proud to have helped restore this historic building, so it can continue to serve generations of visitors. Now operating as a multipurpose, non-profit community center, the Fort Atkinson Club is a sought-after event space, wedding venue and social space.The restored building is a great addition to the river walk along the Rock River in historic downtown Fort Atkinson. 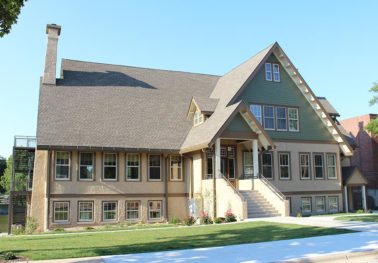 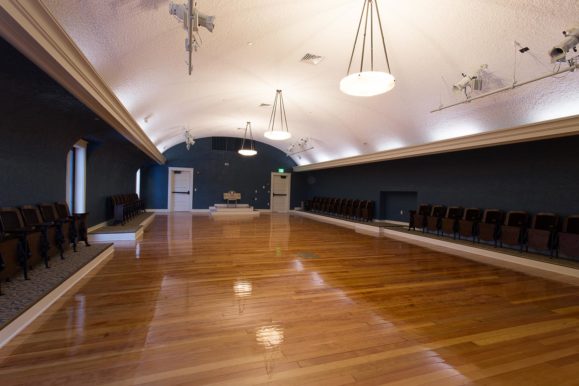